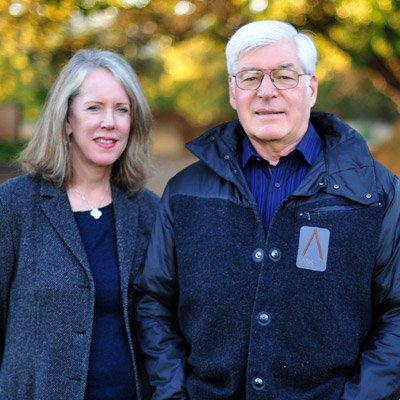 After growing up on a farm in Illinois, earning a mechanical engineering degree from Northwestern and a Harvard MBA, and serving as a naval officer, Mac began his career in finance in New York. He joined Wells Fargo in San Francisco in 1964, where he and his colleagues created the first stock index fund. He subsequently founded and built several entrepreneurial businesses.

Mac began collecting wine in 1965. With his friend Dick Graff, he co-founded the Chalone Wine Group in 1970, serving on its board for 25 years. In 1980, he co-founded Carmenet Vineyards, where Jeff Baker was winemaker.

Mac credits Leslie with providing Stone Edge Farm’s overarching aesthetic vision. A designer by inclination and training, she has shaped the property’s architecture and landscaping, with its outdoor rooms, inviting courtyards, and art pieces. 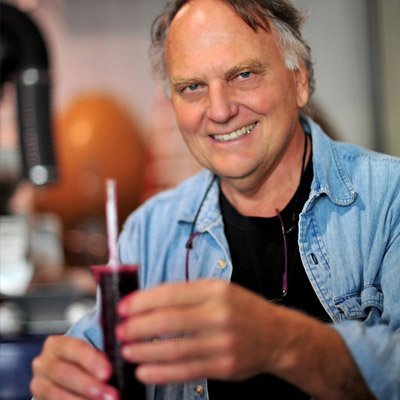 Raised on his family’s citrus ranch in Ventura County, Jeff graduated from Stanford and earned his masters degree in enology from U.C. Davis. In the 1970s, he was winemaker at the iconic Mayacamas Vineyards located in the mountains between Sonoma and Napa.

Jeff joined partners, including Mac McQuown, who created Carmenet Vineyards (now Repris Wines) on the southwest side of the Mayacamas in 1980. Nearly two decades later, both Mac and Jeff planted small Cabernet Sauvignon vineyards, and in 2004 they co-founded the winery with Phil Coturri. 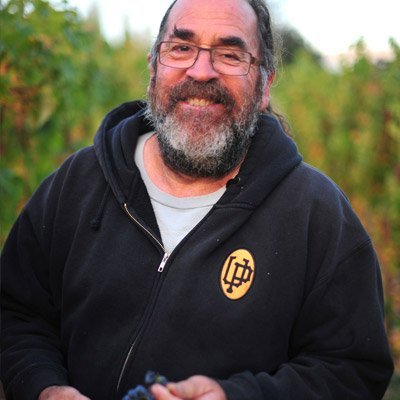 At age thirteen, Phil made Zinfandel with his father and their parish priest. A year later, he was tending a Cabernet Sauvignon vineyard on Sonoma Mountain, a job he held every summer while earning a degree in American Literature.

Already an organic gardener, he agreed to farm a mountain vineyard organically and never looked back. With the reputation as Sonoma’s premier organic winegrower, Phil and his staff at Enterprise Vineyard Management today manage over 600 acres of vines, all without synthetic fertilizers, fungicides, herbicides, or pesticides.